Home
Blog
Ashitaba for Vegetarians and Vegans ~ What are the health benefits?

Wonder why ashitaba is the most popular green food in Japan and the most searched plant in the Philippines now?

It’s not often when you can kill many birds with one stone. Consuming ashitaba will help save healthcare costs and certainly protect your health. I’d like to put emphasis on the latter. Ashitaba is a single super product that exerts so many positive effects on health! It contains 11 different types of vitamins and 13 minerals. B12 is one of them.

This vitamin is normally produced only in animals (meat, fish and eggs) and not plants. So if you’re a vegetarian or vegan, you should most definitely take ashitaba to supplement your body with B12. 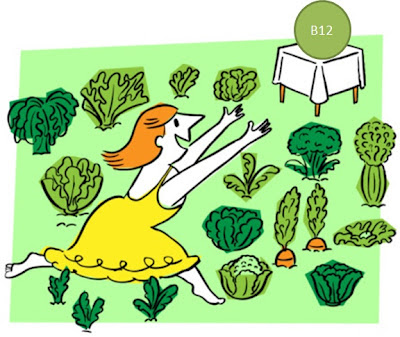 Conversely, if you are short of B12, your body will be more prone to having serious cognitive and nervous system problems, in addition to increasing the risk of cardiovascular disease and pernicious anemia.

But that is not all, so stay with me here.

For both men and women of all ages, ashitaba is recommended as it has been used as a traditional herbal formulation. Try taking it for a month and the wonder will soon dust off the pearl.

You will know why in Japan, this celery-like plant’s juice is present in their 24/7 major subway stations in a form of healthy energy drinks. In Japan, they even sell ashitaba ice cream! Yummy… 😀