Listen up if you want to hear what researchers, scientists and doctors have to say about the health benefits of the ancient but “newly emerging” plant called Ashitaba (Angelica Keiskei). Naturally growing on coastal lands in Japan (last week we wrote a in depth article about growing ashitaba), it has been a staple in the Japanese diet and “regular” in their medicine cabinets for centuries. While most of the world has been sleeping, Ashitaba has begun “rearing its healthy head” in natural food stores and on the worldwide web in recent years.

As legend has it, the Japanese have used Ashitaba— generation after generation—probably because “grandma” said it worked! But, until recently, the knowledge of its health properties was based on hearsay and folklore. It wasn’t until the 90s that modern researchers—hearing of its benefits —put on their lab coats and went to work.

In 1991, Y. Inamori and his group of scientists from Osaka University in Japan set out to find what was so magical about the plant. They were specifically studying “chalcones”—naturally occurring antioxidants found in the plant that provide the medicinal properties.

Inamori’s research was focused on two specific chalcones (xanthoangelol and 4-hydroxyderricin) which he isolated because they were thought to provide powerful anti-bacterial benefits. The scientists actually used the drug Streptomycin in the study, and compared its potency to Ashitaba. While Streptomycin was more powerful than the plant, they found Ashitaba to be very effective against Staph and Strep infections (and you don’t even need a prescription!).

At the end of the study, the scientists said that Ashitaba “possessed potent anti-bacterial properties.” They concluded by writing, “The growth-inhibitory effects of II [Ashitaba] on plant-pathogenic bacteria is also reported for the first time in this paper.”

Another research group lead by Takata Okuyama from Meiji College in Tokyo, was looking at the anti-tumor benefits of Ashitaba. They were focusing on Ashitaba’s golden, oozing sap that is extremely rich in specific “chalcones”. The scientists stated that potent anti-tumor promoter activity has been found in “extracts of the root of Ashitaba which is eaten as a vegetable in Japan”.

The Meiji College group was focused on two completely different chalcones (xanthoangelol and ashitaba-chalcone). According to their report, both of the chalcones revealed anti-tumor-promoting activity and “may be useful in developing effective methods for cancer prevention.”

But wait! There’s more! Ashitaba can also keep your blood healthy. This, according to Jing-Ping OY, and associates at the Medical College of Wuhan University, Wuhan China. This group of scientists wanted to learn if Ashitaba could protect human endothelial cells. Endothelial cells are cells that line the blood vessels.

They discovered that Ashitaba had anti-atheroscleroticeffects on high cholesterol. In other words, Ashitaba is “heart-protective.” They actually went so far as to write that all the health problems associated with high cholesterol could be “reversed by Ashitaba [angelica] significantly; our findings provided experimental basement for the clinical application of Ashitaba [angelica] to prevent the development of atherosclerosis.”

For our last research group, Wang X and his scientists reported in the Archives of Pharmaceutical Research on findings discovered about the plant. These researchers wanted to know if there was a connection between Ashitaba and blood circulation. The scientists placed red blood cells (RBCs) in various concentrations of Ashitaba in test tubes. Their question: Does Ashitaba affect aggregation or “clumping” of red blood cells? (Clumping of blood cells is not good because it can result in strokes and other problems.)

Further, they wanted to know—when Ashitaba was present in the blood— how red blood cells preformed when they were “squeezed” or “squished” as they passed through tiny capillaries in the body (scientists call this deformation, and only healthy red blood cells can withstand the pressure).

Amazingly, the researchers showed that when the chalcones in Ashitaba were present, red blood cells were strengthened, didn’t clump, and could withstand their tight passage through minuscule capillaries. In other words, the blood cells were made stronger. Ashitaba has a “positive effect against certain cardiovascular diseases.”

Armed with all this knowledge, doesn’t it just make good sense to include Ashitaba in your daily regimen? It’s fairly cost effective, tastes good and is loaded with those healthy “chalcones.” Why not add it to your daily diet in the form of capsules or powder, or include it in smoothies, juices and other beverages? That way, you can capitalize on its now “proven” health benefits! 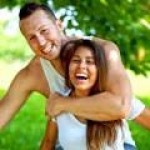